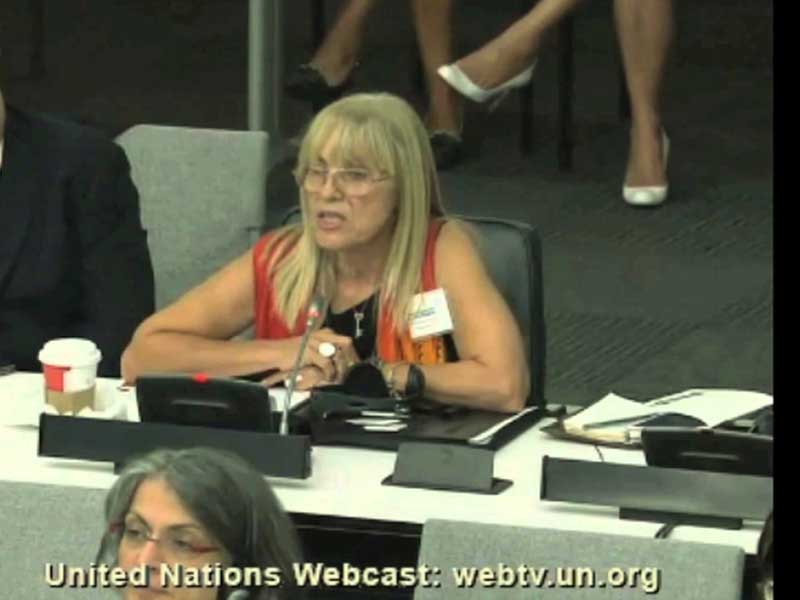 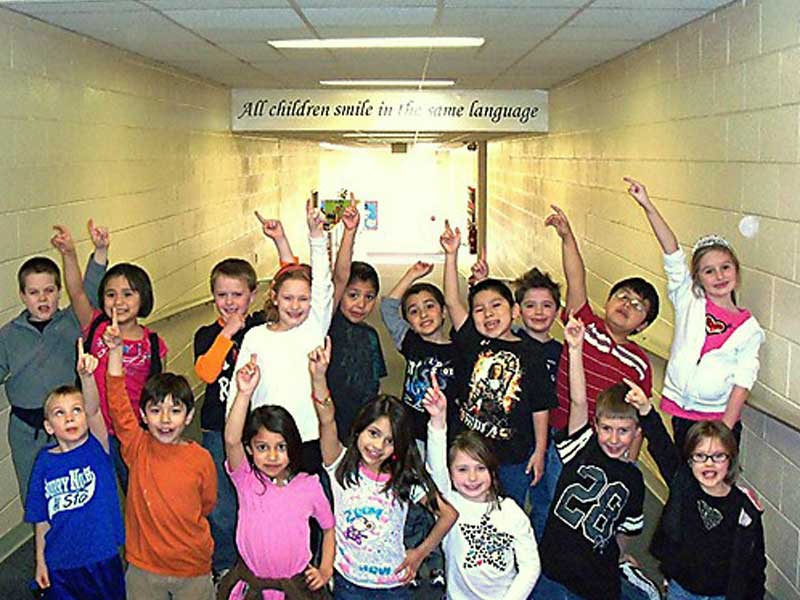 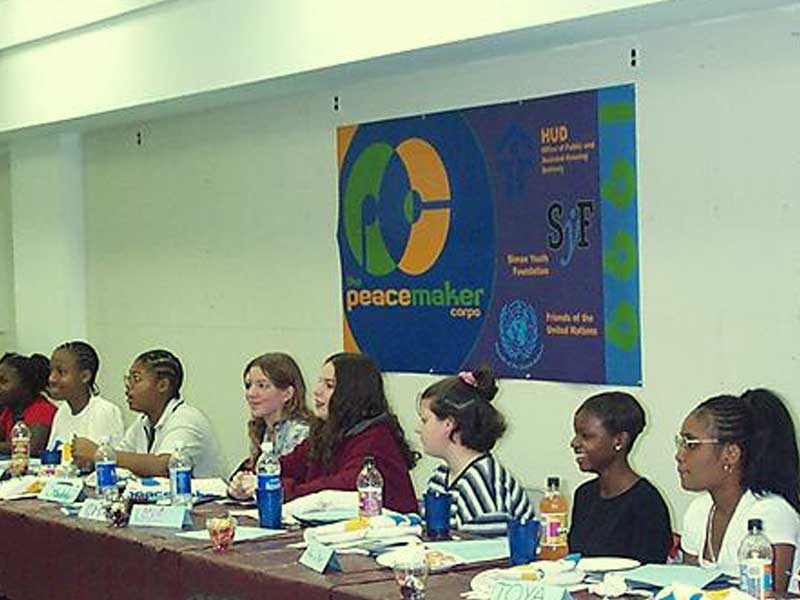 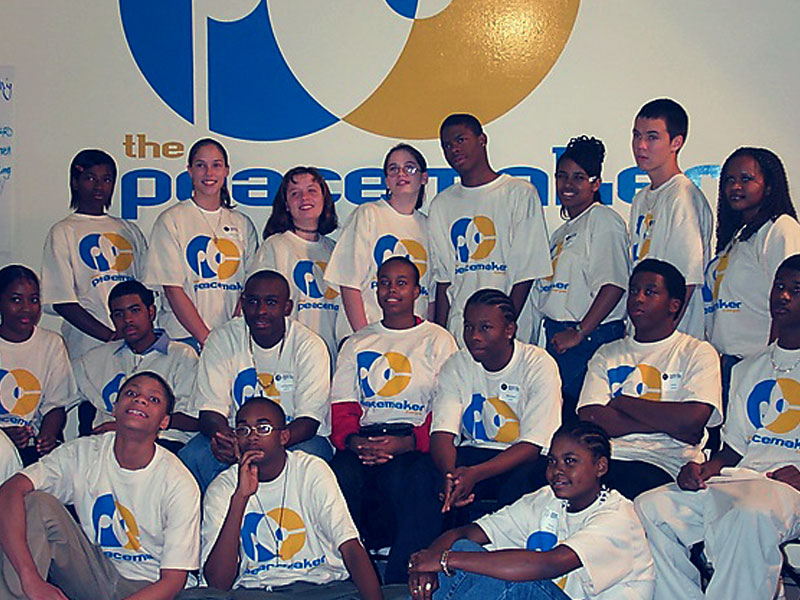 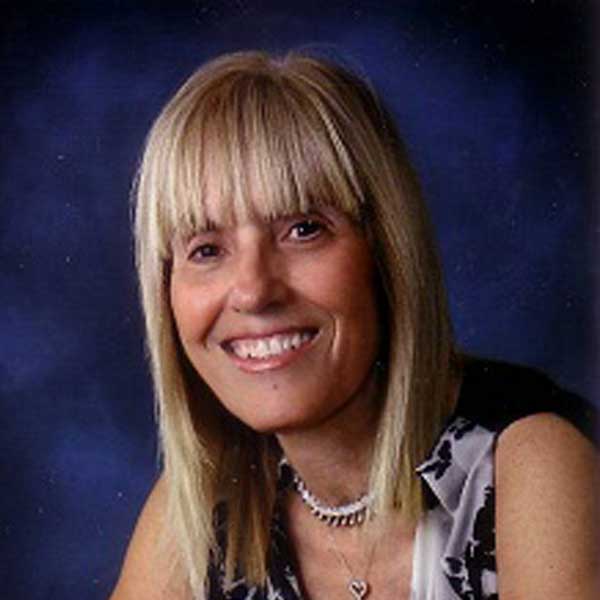 Chair and President, has been a life-long active volunteer serving as a Board member of the Friends of the United Nations (FOTUN) from 1998-2002. As Chairman of the Board for FOTUN from 1995-2001, she created The Peacemaker Corps in partnership with the U.S. Department of Housing and Urban Development (HUD), The United Nations and the Simon Youth Foundation. In 1988 Carole was the technical advisor for the first United States government sponsored business junket for women business owners and leaders through HUD to the People’s Republic of China. From 1981 to 2004 she was a member of the Alliance Board and was then appointed Governor and Trustee of the Los Angeles County Museum of Natural History. Ms Krechman is Purpose Prize Fellow since 2008 for her work with the Peacemaker Corps. Her experience includes, running several major companies, has been a member of Who’s Who in American Business since 1979.

Board Members and Advisors


an independent technology consultant, using his expertise to help small businesses integrate current technology. He also contributes his time and expertise to other non-profit organizations that work with children who are mentally and physically disabled as well as organizations that serve underprivileged and troubled youth from low-income areas. His volunteer experience includes Pico Family Center in California, Barrios Unidos and SCORE. 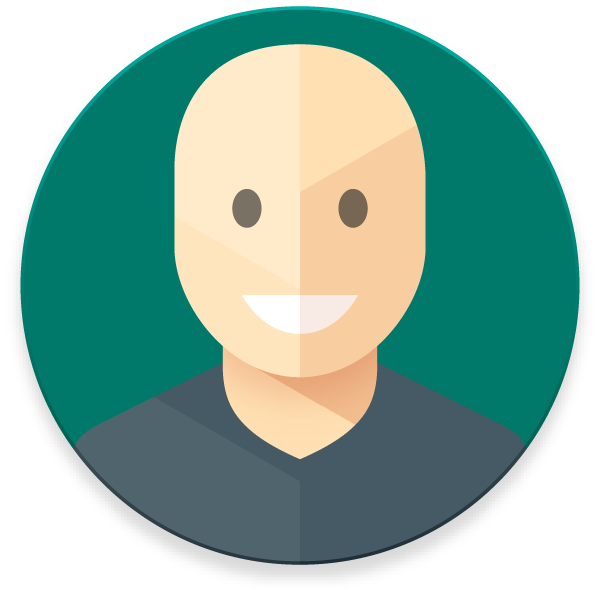 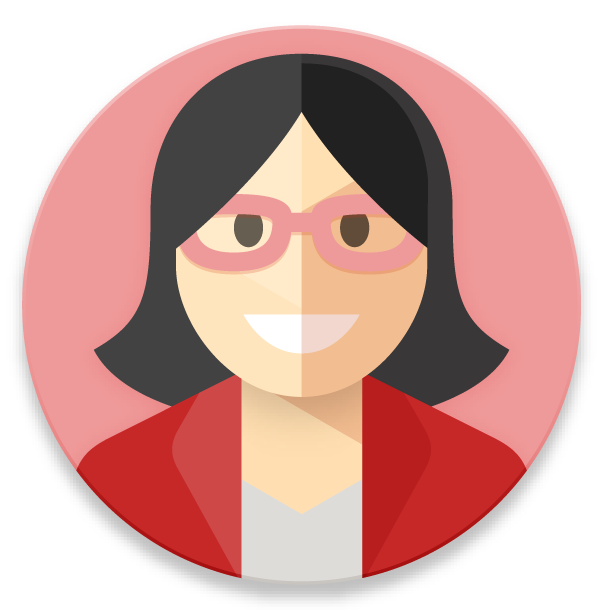 
Mr. Peterson graduated from the US Marine Corp Academy as commandant in his senior year, did his MBA at the Wharton School. After serving 8 years as a Major. He has also worked at Occidental Life Ins. Co., National Ben Franklin Life Ins. and John Hancock Life Ins. Robert also perform small business consulting, as well as software and hardware companies. 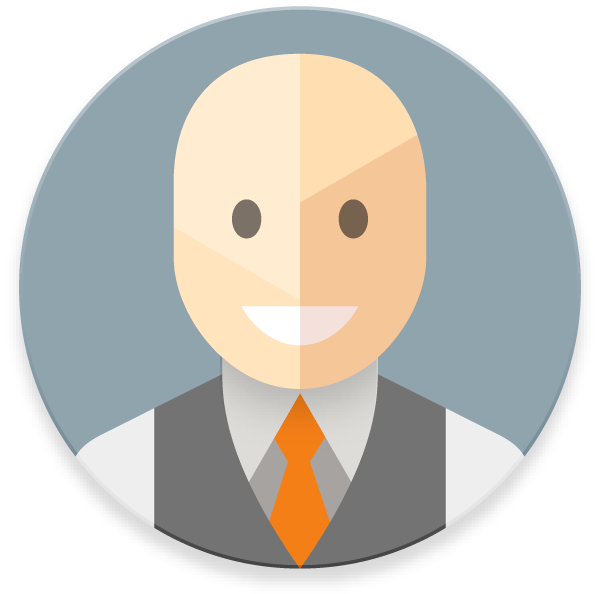 
He is an educator and consultant in the fields of Multicultural Education, Conflict Resolution and Diversity and part of the original team that created the workshops. Recently appointed a "Master Trainer" by the Peacemakers Corps, (a HUD initiative) his workshop "Do YOU hear What I Hear?" was nominated for the HUD 2000 Best Practices Award. Currently, he is assigned to the Office of Multicultural Education with the Pittsburgh Public Schools and is the founder of Burley Consulting. A member of Who's Who Among American Educators, he is a sought after speaker and a training leader 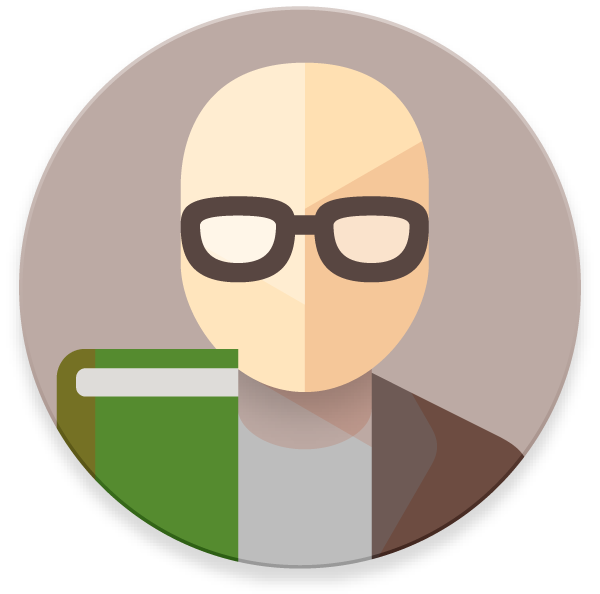 
Bruce formed Applegate Seven in 2008 to provide strategic, operational, business development, capital raise and M&A counsel to marketing communications and media technology companies. He is an advisor to Kaleidoscope/Interpublic, Progress Partners, Simplink Media, and Eleven International (Brussels). Bruce is also a Senior Executive Advisor to the Peacemaker Corps, a United Nations NGO dedicated to facilitating non-violent conflict resolution, self-reliance and tolerance education among the youth in the U.S. and around the world. He applies diverse strategic and operating experience gathered at Doyle Dane Bernbach, the Dick Lord Agencies and Interpublic to build brands and businesses. 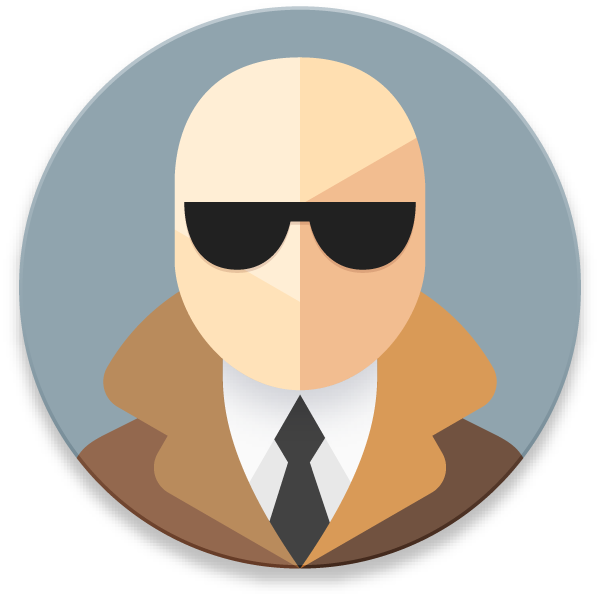 
Simone has more than 25 year’s of experience. He is an International award winning as an Art & Creative Director of broadcast design with an excellent knowledge and awareness in new technology and of international audience’s taste. 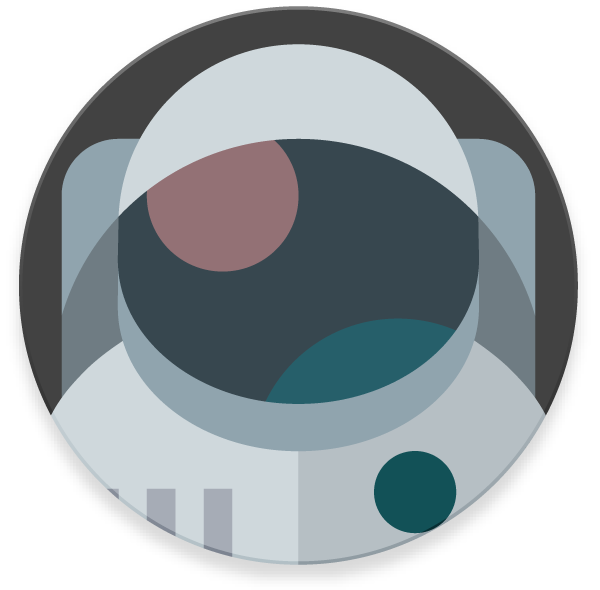 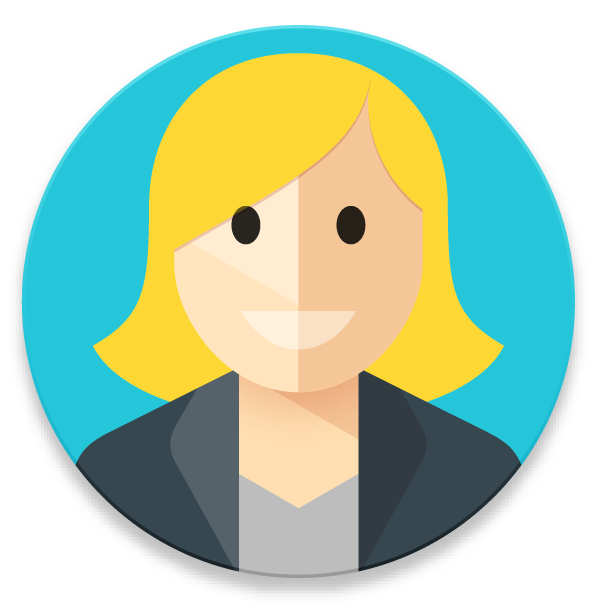 
Omar joined the Pico Youth and Family Center as a teenager. He was born in Mexico and lives in Los Angeles. After taking the Peacemaker Corps training in 2004, he became a trainer for the program. He is a high school soccer coach and the West Coast producer for the Peacemaker Corps Peace in the Streets Global Film Festival Film Program. Omar has an innate ability to understand the youth of today and has become an invaluable member of the Peacemaker Corps family. 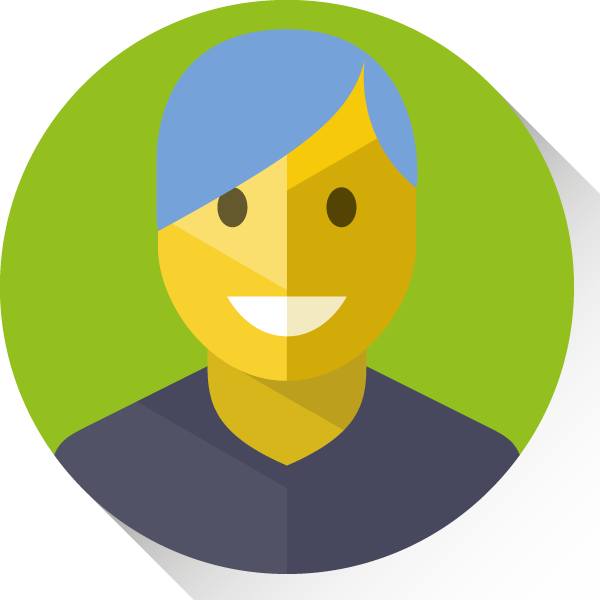 The Peacemaker Corps Association (PMC) is a 501(c)3 non-profit organization reaching out to teach Peace and Tolerance globally. Our training will not only change the faculty, staff and students - but will extend into the homes to their families, their neighborhoods and communities as a whole. fter 18 years of experience running workshops and conferences around the United States and at the United Nations, our organization is reaching out to youths using social media and film making. To achieve our goal of bringing Peace to a large audience, our Board of Directors decided to pivot and produced a Global Film Festival where the winners are invited to the United Nations in New York City to meet other winners from all over the world. We named it Peace in the Streets Global Film Festival-PSGFF. Since the launch of our initial festival in 2014, we have been enlarging our community and exposing more youth populations around the globe to our basic premise, teaching Restorative Justice which results in reduction of violent behavior.
MISSION
The Peacemaker Corps mission is to facilitate and support peace and tolerance education among the youth of the world. The Peacemaker Corps empowers generations to come together  and make our world a peaceful, compassionate, safe and tolerant place to live.
HISTORY
The Peacemaker Corps concept grew out of the United Nations mission to promote peace, tolerance and conflict resolution. A collaborative effort between the Department of Housing and Urban Development (HUD), Friends of the United Nations (FOTUN) and Simon Youth Foundation (SYF) launched the preliminary Peacemaker Corps trainings in fall of 1999 with the aid of a $1MM U.S. Federal Discretionary Grant from HUD. After a successful rollout to 16 cities coast-to-coast and positive feedback obtained in follow-up interviews in the year 2000, the Peacemaker Corps training was incorporated into HUD’s ongoing budgeted programs in 2001, only to be eliminated in later years due to the wars in the middle east, change of administration, and budget reallocation.
Following the budget cut, the Peacemaker Corps was reorganized to continue its mission of empowering our youth with the art of making peace. In 2002 we obtained written consent from HUD to utilize the curriculum and established 501(c) 3 status with the State of California and the US Internal Revenue Service. In 2003 the Peacemaker Corps Association received the high honor of being recognized as an official Non-Governmental Organization affiliated with the United Nations.
SUCCESS FACTORS
PROVEN SUCCESS
Our trainings were beta-tested in 12 cities coast-to-coast including Indianapolis, Seattle, Dallas and Miami.   A total of 420 teens, ages 13-17 participated in the two-day training.  There was average of 25 young people, of varying ethnic backgrounds, were chosen by the local Public Housing Authority to participate in each training.  The students were selected based on their leadership qualities, demonstrated commitment to their community and their willingness to apply their newly acquired peacemaking skills in future situations.

SPARTA Consulting, HUD’s national public housing security contractor, conducted  surveys,  asking  the students to evaluate the training on several levels.    These interviews provided qualitative and quantitative data regarding the benefits of the training.

⇒ 76% stated that they would “definitely” like to learn more about the Peacemaker Corps.

In Pittsburgh, the mother of a graduate stated the program had a visible impact on her son and his friends.  She said the program “changed his whole outlook” on how he related to other youth.  Youngstown, Ohio Peacemakers reported they were using their training to breakup fights in school and to avoid fighting with siblings  and  friends.    SPARTA  Consulting  also  identified  that  following  the training many graduates of the Peacemaker Corps had been empowered to join organizations that utilized their new peacemaking skills for a positive effect on their  communities.    Organizations  included:  Youth  Crime  Watch,  Drug  Free Youth in Town (DFYIT), Boys and Girls Club, City Youth Council and the Youth Crime Commission.

PCA's SERVICES
In order to achieve its goals of facilitating and supporting peace and education across the globe, The Peacemaker Corps Association will function as a Peace Hub for individuals, cities and organizations around the world; connecting each to the other to create a Web Of Peace.

The focus of the Peacemaker Corps Association is two core services. The first is to facilitate education to youths and adults around the world that empowers them to spread and practice peace. The second is to build a dynamic, multi-level worldwide support system for these Peacemakers which create a cohesive connection between the Peacemakers around the globe. In order to achieve that mandate, we have a mobile app under development to broadcast, peace messages, film, video, music radio all free to every smart phone in the world. Think of the Peace App as the antidote to all the negative messages that we are bombarded with every minute of the day.


FOUNDERS' MESSAGE
In the mid 90’s I began my 6 year tenure as Chair of the Friends of the United Nations, a UN affiliated NGO. When Secretary General Kofi Annan presented his groundbreaking speech to the UN General Assembly, defining his vision for a decade of Peace and Tolerance, I saw our purpose. I was saddened by the assessment of the deplorable conditions and terror so many millions have to endure. I was challenged by the conviction that we have the power to make the world a better place. All made a profound impact on how I viewed the world. After consulting with my close associate and mentor, Ambassador Anwarul Chowdhury, who at that time was the Under Secretary-General of the United Nations and former President of the Security Council, and is now a member of the Peacemaker Corps Board of Directors, I resolved to build an organization that would make a difference. The Peacemaker Corps… [Read More].

The goal of the training is to empower the staff to understand and live the principles of leadership and peacemaking, so that they can apply them in their organizations and model them for the youth with whom they are working.